You are here: Home / Our Attorneys / Fred Klein 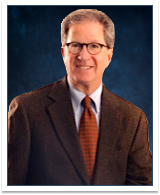 Fred Klein graduated from George Washington University Law School in Washington, D.C. in 1975 where he served as an editor of the Law Review. After practicing corporate law for four years in Washington D.C. and Maryland, in 1979 he became an Assistant District Attorney in Nassau County under Denis Dillon.

Long considered the premier career prosecutor of New York State, Mr. Klein served as a Nassau County Assistant District Attorney for more than 29 years including more than ten years as chief of its Major Offense Bureau where he tried or supervised the prosecution of all homicides in Nassau County. During his career Mr. Klein has conducted over one hundred felony trials, almost one-half of which have involved homicides. Some of the more notorious cases he has tried include the 1984 rape/murder of 16 year old Theresa Fusco in Lynbrook, the Amy Fisher-Joseph Buttafucco prosecutions, the serial murder trial of Joel Rifkin, the Nassau Coliseum rap concert murder, kidnap/rape cases from Roosevelt Field and Green Acres malls, the Atlantic Beach racial assault of Jermaine Ewell, the Chandran Nathan medical student murder case, and the police impersonator murder trial. He has tried three Murder in the First Degree cases and obtained sentences of life in prison without parole in each of them. Fred also served with New York’s Organized Crime Task Force and as NYS Assistant Attorney General for three years.

Fred is presently a Visiting Assistant Professor at Hofstra Law School teaching in the areas of criminal procedure and trial advocacy. He also supervises students assisting in prosecutions within the offices of two local District Attorneys. Fred serves as counsel to Michael Sepe, LLC and concentrates in criminal law and trial practice.